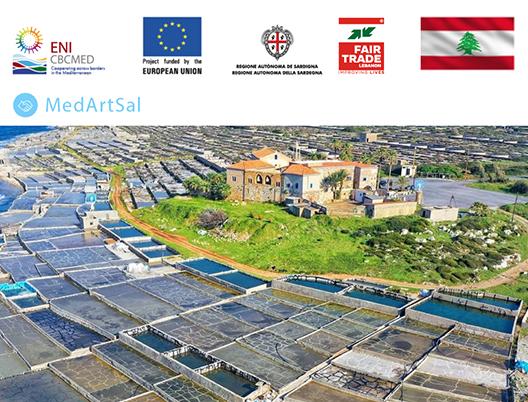 One of Lebanon’s most important resource is Anfeh’s Sea Salt, also known as Lebanon’s white gold. The practice of salt works in Lebanon has been unfortunately slowed down due to market competition from cheaper imports, and commercial touristic resorts that overwhelm coastal cities across Lebanon.

Anfeh played a major economic role during the Late Bronze Age, the Phoenician, Roman, Byzantine, and the Medieval periods up until the Ottoman period (Panayot, 2015). Salt was indeed the white gold of the village between 1943 and 1990 during which salt production reached 50,000 tons. Today, Lebanon counts only 15 active Salinas out of 44 Salinas available in Anfeh village.

The project was launched in November 2019 and is expected to finish in November of 2022. Several producers showed interest in the initiative, and on the 1st of February 2021, the project launched its call for proposals for sub-grants for artisanal salinas to promote sustainable production of salt and other salinas production that respect the Mediterranean region and environment. In Lebanon, selected participants will receive a grant and technical support to implement their project. In parallel, MedArtSal will continue the development of marketing and experience sharing tools and create an e-commerce platform for Mediterranean salt products and activities.